Ladies of Leinster, The

I first heard this reel played by the man who influenced many musicians of my generation, the great Seán Maguire. Seán had a happy knack of transposing tunes to different keys than those that might have been originally documented. The reel is played here by Boston's own Brendan Bulger. 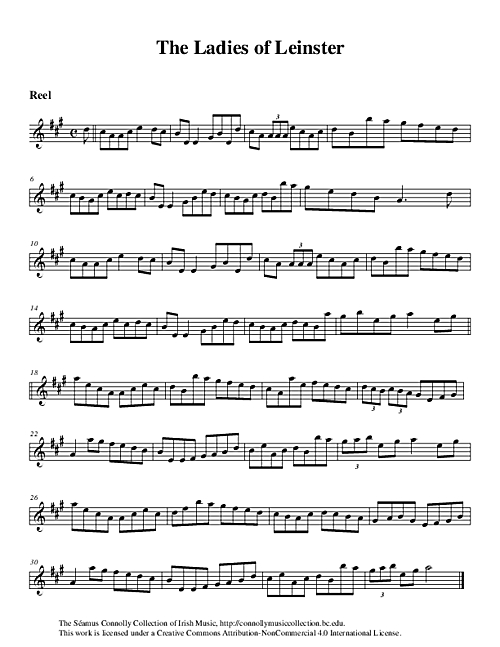