Back in the early 1960s, I was very friendly with Mrs. Taylor, the concertina player from West Limerick who lived in London. We exchanged many letters over the years in which music was always a topic. The well-known flute player Paddy Taylor learned 'The Limerick Jig' from his mother and recorded it for the Claddagh record company many years ago. It is played on this track, at a slower pace than Mr. Taylor's recording of it, by Nicky and Anne McAuliffe on fiddle and flute, respectively. 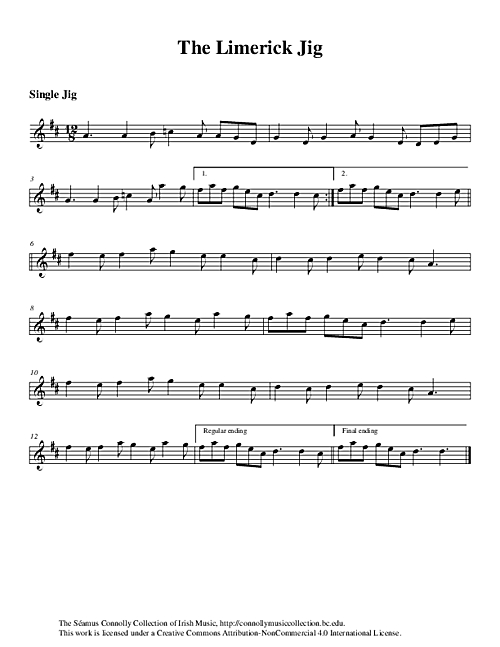