Accordion player William Sullivan immigrated from Clifden, Ireland, to New York City in the 1920s, later settling in Parlin, New Jersey. He recorded this tune on Sampler Records in the late 1980s in a duo with Mitzie Collins, a hammered dulcimer and piano player. Bill Sullivan was a friend of the 1920s accordion player Peter 'P.J.' Conlon, and they often played music together. My friend Ted McGraw from Rochester told me that both these accordionists appeared on a 78 RPM recording on the Clarion label, with Peter Conlon on one side of the record and Bill Sullivan on the other. The jig is played on this track by my nephew Damien Connolly on melodeon. The title that I gave to the jig is 'Bill Sullivan's'. Names change from time to time: Bill Sullivan had named it for Mr. Conlon. 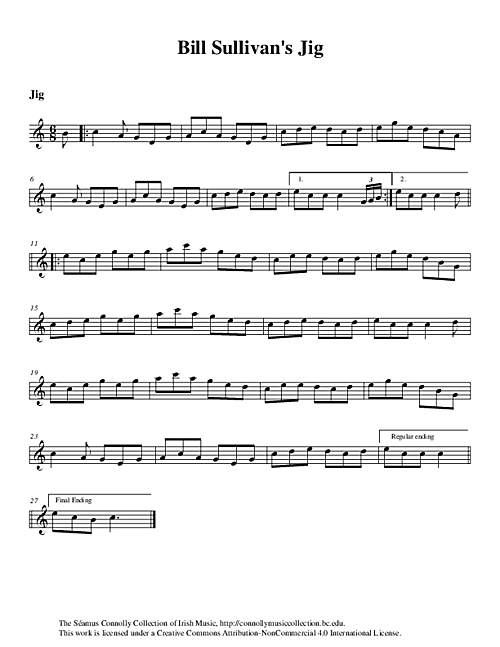