Thomas Power, fiddle player from Doonbeg, County Clare, had a repertoire of unusual old tunes. His son Michael, who lives in upstate New York, sent me a recording of his father playing this and a number of other tunes. Fiddle player Kevin Burke did a masterful job of learning this fine forgotten tune and endowing it with his magic swing. Incidentally, piper Padraic Mac Mathúna suggested to me that this melody might well be related to the old song 'An tSeán Bhean Bhocht', or 'The Poor Old Woman'. Musician and scholar Kieran O'Hare has brought to my attention the similarity between 'Thomas Power's Polka' and the song 'The Shearin's No for You' as performed by Scottish singer Ed Miller. 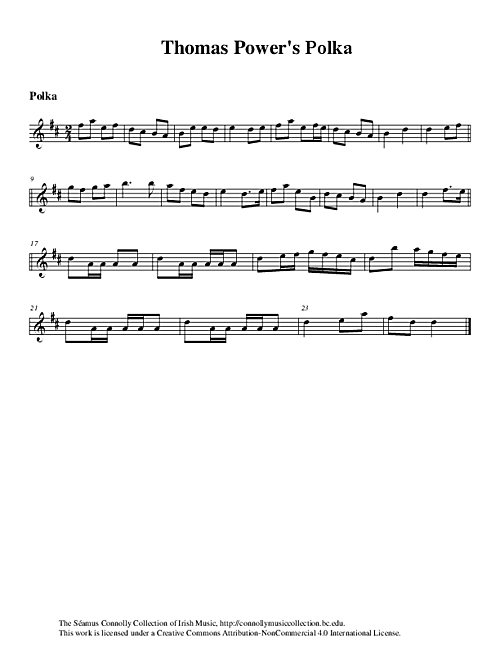