I met Tom Turkington, a fiddle player from Cookstown, County Tyrone, only once. It was at the beginning of the 1960s at a County Clare Fleadh Cheoil, when he performed at a celebrity concert with his son David on the piano. Musicians love talking about and trying one another's instruments, and on that occasion Tom played a number of tunes – none of which I knew at the time – on my fiddle. This experience reinforced a fascination I have always had with regional styles of music.

Knowing the close connection the music of Northern Ireland has with Scottish music and the music of Cape Breton Island, I asked Kimberley Fraser, the great young fiddle player from Cape Breton, to give her interpretation of this and some of the other tunes that Tom Turkington played that night. Kimberley's remarkable blending of her own Cape Breton style with a Northern Ireland fiddle style on these recordings produces powerful, driving, and rhythmic music much in the spirit of the way Tom Turkington himself played. Thanks, Kimberley, for your splendid fiddle playing. 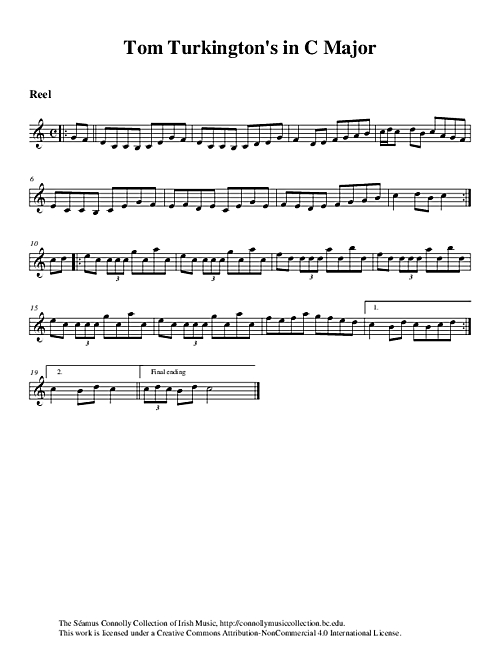