Banks of the Shannon, The

The reel played on this track by Catherine McEvoy was one that Paddy O'Brien and I had considered recording with Charlie Lennon for The Banks of the Shannon mini-LP that we made in the 1970s. I'm not exactly sure why we did not record it. Then, thirty years later, I had the distinct honour of recording a CD called The Boston Edge with another maestro of the accordion, Joe Derrane, with John McGann playing guitar. Joe, like Paddy O'Brien, came up with this very same reel, and also suggested that we record it for The Boston Edge. In the end, for whatever reason, the tune did not make it onto that record either.

Looking back now on both these situations, maybe the reason the tune was not recorded was because we never could find a name for it. One could say that that in itself is not a good reason, and so to redeem ourselves I asked our good friend Catherine McEvoy to do us the honour. In giving it a name for this collection, I had two good choices: 'The Banks of the Shannon', or 'The Boston Edge'. Both titles sound good to me; after all, both masters of the accordion clearly liked the tune. However, I have chosen to call it 'The Banks of the Shannon' because the version Catherine plays on this track comes from a recording of Paddy O'Brien. Unfortunately, I never did capture Joe Derrane playing it. Now it's Catherine's turn. 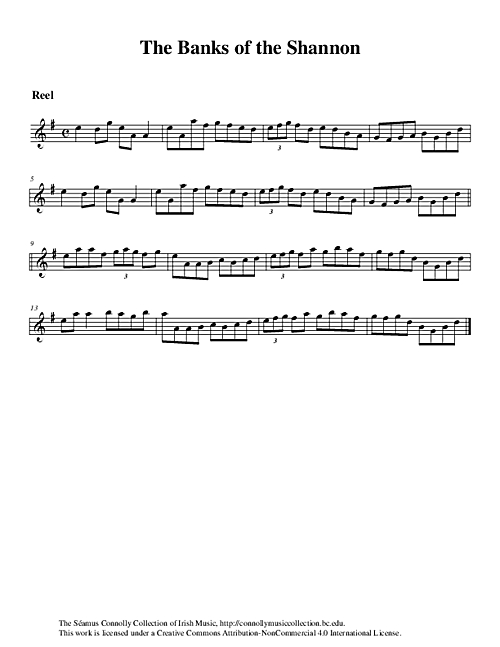