Just Because It's You

My dear friend Cindy Polo wrote this lovely tune in memory of her Dad. In her own words she tells us how it came to be:

'My first attempt at Irish fiddle playing was at a music camp in 2008, a violin novice, where I had the opportunity to learn from Séamus Connolly. He suggested that I could create a tune if I thought about a meaningful event. The tune played here by Séamus was my first attempt at composing music. It is in waltz time, and I wrote it in memory of my father, Edward Thomas Keane. As a young child, we would waltz across the living room, me riding on his feet. In later years there were father–daughter dinner dances and the dance at my wedding. We had our last waltz in 2001, the weekend before he died in the World Trade Tower on September 11th.' 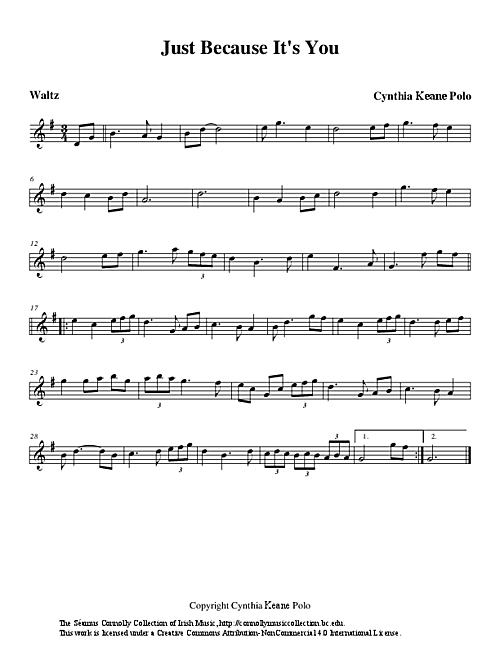