Another composer of fine tunes was fiddle and flute player Brendan Tonra from County Mayo, who immigrated to Boston around 1959. Brendan played this tune, one of his compositions, on a recording made in 1979 by the Boston branch of Comhaltas Ceoltóirí Éireann. It may be found in Brendan's own collection, A Musical Voyage, with Brendan Tonra, produced by his friend Helen Kisiel. My setting of this reel can be found on a 1989 recording called Here and There, on the Green Linnet label. The tune is played for this collection by Séamus and Manus McGuire. 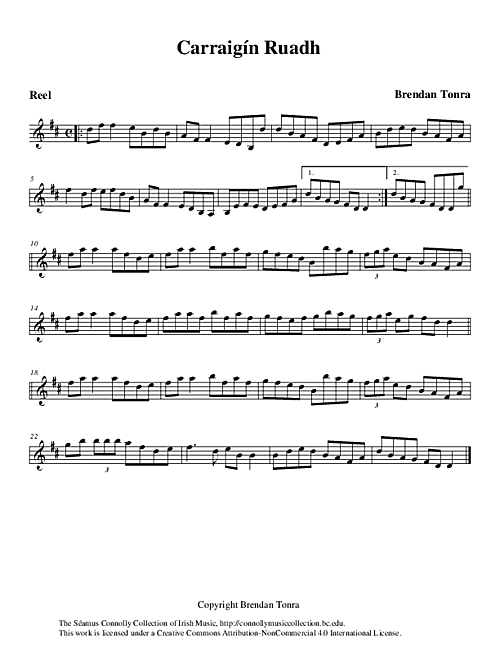