Mrs. Crotty from the town of Kilrush in County Clare played this set dance for Ciarán Mac Mathúna's radio programmes, Ceolta Tire and A Job of Journeywork. I had the honour of playing it with Mrs. Crotty in her home many years ago. As I look back on those years, now long gone, and think how privileged I was to have played music with some of the giants in Irish music, I realise that my world would not have been the same had I not met those people. I can say the same for Father Charlie Coen! Now listen as the Monsignor plays 'The Stranger'. 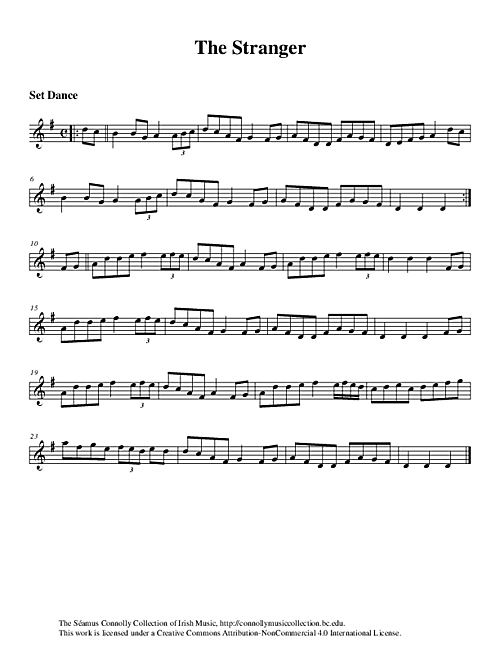