Merging the Past with the Present: The Séamus Connolly Collection of Irish Music

Collections of tunes play important roles in the life of a musical tradition. They serve to define the tradition itself over time, as the tunes and songs contained in collections preserve the special qualities of the music that have evolved in the practice of musicians and listeners alike.  Collections can also stretch the boundaries of the tradition, as often happens when new tunes are introduced into current practice by a composer or a musician.  Because many traditional tune collections are personal, or at least reflect the musical preferences of a player within the tradition, tune collections function as the literature of a traditional music.  They take an oral communication and preserve its fleeting beauty for posterity, and welcome both study and interpretation by future generations. Musical collections have always been invaluable resources for students and scholars, and are often the first references consulted by those who are just learning about the music.

In the Irish tradition, tune collections have historically served two separate yet complementary functions. The first purpose has always been a documentary one.  Printed and handwritten collections are important windows on the past: they document the tunes that were popular among players in a particular time in the long history of the music, and provide glimpses of the styles and versions of the melodies that were preferred at that time and place. Secondly, collections amassed from the repertoire of a single player give insight into the creation of an individual musician’s repertoire.

The Séamus Connolly Collection of Irish Music, a digital collection presented by the Boston College Libraries, represents a dramatic departure from previous collections of traditional dance music, both in terms of intended audience and, especially, in its manner of presentation. First of all, it includes not only transcriptions of tunes and songs from the Irish tradition, but also images and stories that offer an immersive multidimensional context to the music. Second, it offers models for interpretation of tunes rather than prescribed versions for learning, and thus invites the user to participate in the future direction of the tradition. This approach is actually a recapitulation of a very old process in the tradition: Irish traditional musicians in the past have crafted their distinctive sounds by listening broadly and critically to what was available to them; creatively imagining the possibilities for performance of the tunes; and eventually choosing an approach that would allow them to express a personal vision of the music.

This collection of tunes and songs is crafted upon the premise that this process is open to everyone who loves and studies Irish traditional music. While novice users will find a superb introduction to the history and power of Irish traditional music, musicians who have played in the tradition for years will also discover much to shape their own performance practice. The tunes that appear in the music notation are drawn from performances that master fiddler Séamus Connolly has recorded and collected throughout his musical lifetime. The more than 330 tunes that are available here are carefully chosen from a larger archive of recordings to represent the Irish tradition, its multigenerational transmission process, and its focus on a tune or a song as a personal expression of artistry and/or remembrance. The music comes from at least three generations of performers and composers, and thus stands as a kind of intergenerational conversation that comments on the past and present of the Irish tradition, and points towards its future.  The choice of the tunes on this site represents the personal aspect of the collection – these are, quite simply, tunes that Connolly enjoys. Many of the tunes will be familiar to those who love and who play traditional Irish music; some will be new to the tradition; all deserve to be widely known.

Transcription of a selection of these choice tunes would by itself constitute a significant addition to the body of Irish traditional dance music currently in print. But for Connolly, transcriptions alone did not seem like enough to illustrate their possibilities for performance. Over the course of the last decade, he has sent source recordings of his musical selections to Irish traditional musicians both in Ireland and in North America, and asked them to interpret the music and produce their own versions of the tunes.  Some of these musicians are famous, and some are only locally celebrated; all bring a powerful interpretive gift to the music.  The musicians range in age from sixteen to ninety years of age, and therefore represent several generations of interpreters of the Irish tradition. Songs are included along with dance tunes in many tempos and forms. Some of the new versions of the tunes are quite close to music notation; other versions use the source recordings only as an inspiration for great flights of fancy.  The results serve to illustrate the evolution of the tradition over the past tumultuous century.

Compare, for example, the transcription and the recording of “Mrs. Galvin’s Barndance.” The transcription that appears in this collection is of Mrs. Galvin’s playing (she hailed from Moyasta, Co. Clare).  The recording is the interpretation of Connolly himself, accompanied by Kevin McElroy on banjo, and Barbara MacDonald Magone on piano. Theirs is a joyous, yet respectful, rendering of the dance tune that preserves the character of Mrs. Galvin’s creation while placing a personal stamp upon the performance.

If changing times call for different interpretations of tunes, changing instrumentation can also have a huge impact on the listener. Consider the transcription of the tune “Nano’s Favorites” from the piano playing of Dan Sullivan Jr., who led the Boston-based Dan Sullivan’s Shamrock Band in the 1920s and 1930s, masterfully interpreted here by the New York uilleann piper Jerry O’Sullivan.  (The Dan Sullivan Jr. performance is available on The Wheels of the World - Yazoo 7009, 1996. This track is also available on YouTube.) The change from the piano to the pipes produces a very different sound, and Jerry O’Sullivan’s temperate pacing makes for a startling departure from the original.

Tunes can also change because the composer wishes to reinterpret them at a later date.  Many enthusiasts of Irish traditional music are familiar with Connolly’s recording of his own composition, “The Bells of Congress.”  (It can be heard on Here and There, Green Linnet GLCD 1098, 1989.) Compare the original recording with the version on this site, in which Connolly re-imagines his own tune with the able assistance of Gabriel Donohue.  It’s a marvelous example of a maturing performer re-interpreting a previously recorded composition.

Musical interpretations may also carry distinct regional accents. For a taste of the differences between Irish and North American fiddle styles, compare the transcriptions of the compositions of Mrs. Matilda Murdoch (from New Brunswick, Canada) with the recording of these tunes by Irish fiddler Maeve Donnelly.  Or sample tunes from Tom Turkington, which have a Northern Irish flair; and then note the Cape Breton stylings that Kimberley Fraser brings to this music. 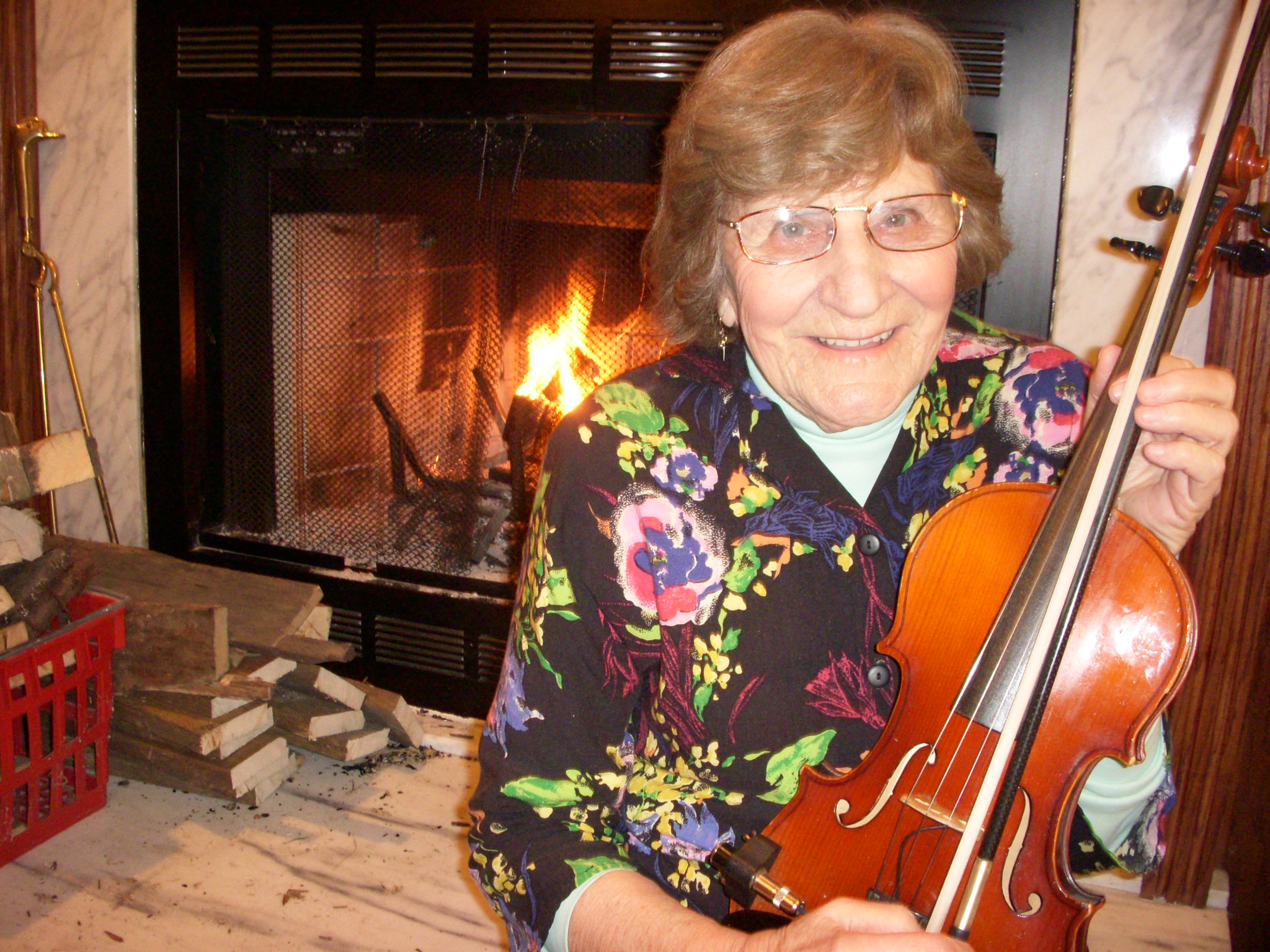 What do the different recorded and written versions of a tune mean for the learner, the listener, the enthusiast? First of all, and most fundamentally, this collection illustrates the maxim that written versions of Irish tunes are not prescriptions for how they are to be performed.  Musical notation is meant to inspire and to suggest possibilities, and these possibilities differ from instrument to instrument, and musician to musician.

In this collection, the transcriptions are meant to serve as bridges between the source recordings of original musicians and the contemporary interpretations that can be selected for study by the listener and learner.  This collection invites the learner to experiment, to imagine new settings, to “picture” the tune in different ways. The creative re-imagining of a tune is an important step in crafting a personal musical style.  The learner may appreciate that interpretations and re-imaginations of a tune are critical parts of the Irish tradition: if the tradition is to continue to grow it must mold to the creative force of its practitioners.

A musician may play a tune in any manner that may be imagined, but the result can only be acknowledged as part of the tradition if it recognizes and hews to the conventions that define that form. To play Irish music in a traditional manner, the performer should understand those elements that make the music Irish, and use them as building blocks that will result in a creative and personal version of a tune. This new collection allows a listener to eavesdrop upon musicians as they apply their inspiration to the tune, and honor the form that makes it recognizably Irish and wholly traditional.  Moreover, the enormous scope of this project enables the listener to become more than a passive consumer of the music; instead, the listener is welcomed as a participant and invited to be fully immersed in the traditional process.

Part of the power of Irish traditional music is its ability to evoke a particular time and place with a vividness that is palpable to even the casual listener.  One of the most personal and affecting qualities of this new collection is the inclusion of stories and anecdotes from Connolly’s experience. These stories invite the participant to experience the music in its context: as an integral part of the fabric that weaves the music into the lives of Ireland’s musicians, both past and present.

With so many features in one collection, The Séamus Connolly Collection of Irish Music resembles an immersive class in the Irish tradition. Participants in this class have an opportunity to witness the creative process of a master player, and to adapt that process to their personal musicianship. The digital collection is distilled from one of the great personal collections of recorded Irish traditional music, recorded by a constellation of superb traditional performers, and carefully chosen and curated by the inimitable master of the Irish fiddle, Séamus Connolly. Listening to the collection, working with the transcriptions, and reading the personal stories that accompany the music are singular privileges, offering pleasures not to be missed.

Sally K. Sommers Smith Wells is a biomedical scientist and educator. She is an associate professor and chairman of the division of natural science and mathematics at Boston University. Sally is also a fiddler in the Irish and Cape Breton traditions and publishes widely on the evolution of traditional music in North America. She lives in Kennebunk, Maine with her husband and frequent musical collaborator, the noted American musicologist Paul F. Wells.

← Séamus Connolly: A Living Legend in Irish Traditional Music
New Settings, Old Sources →
Merging the Past with the Present: The Séamus Connolly Collection of Irish Music